Mardi Gras is fast approaching (February 12th), so in order to celebrate, I made a King Cake!

“In the United States, Carnival is traditionally observed in the Southeastern region of the country, particularly in New Orleans, Mobile, AL, other towns and cities of the Mississippi Gulf Coast, on the southeast Texas island of Galveston, and Louisiana. In this region, the king cake is closely associated with Mardi Gras traditions and is served throughout the Carnival season, which lasts from Epiphany Eve to Fat Tuesday.”

I filled my King Cake with apple pie filling, which isn’t a traditional filling, but what can I say- I’m a rebel! (yeah, right!)

Also, how great of a pastry is this? Purple, green, and gold sugar is sprinkled over the top! Yeah, I like colorful, sparkly things! 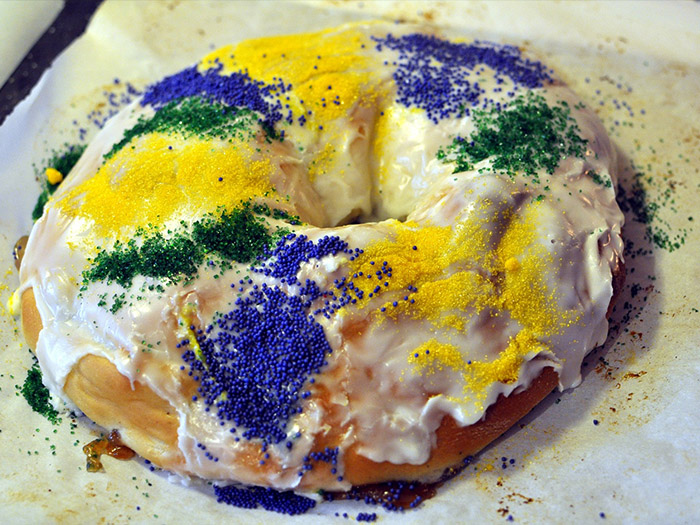 I used a recipe from King Cake Festival, and the only thing I did differently was to use apple pie filling instead of the brown sugar-pecan filling the recipe provides. 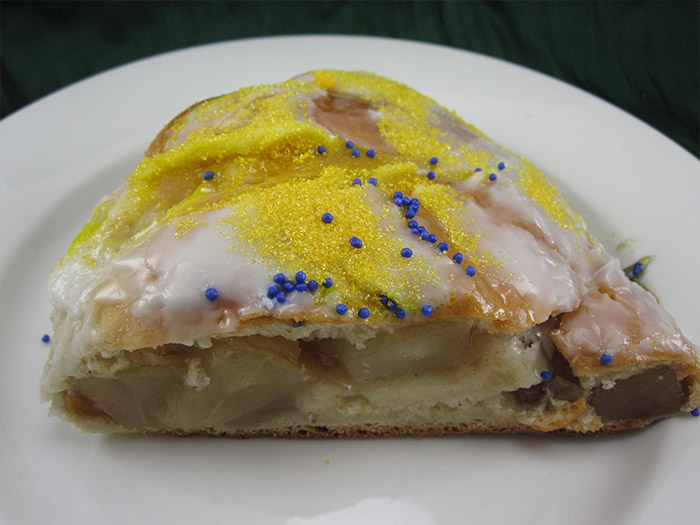